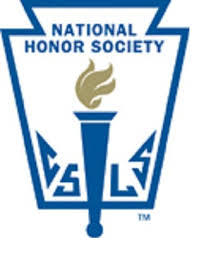 Now that students are headed into the second semester, revisiting NHS requirements is a good idea, especially as this has been a source of confusion for some IB students in the past.

NHS involvement begins with an invite letter to qualified sophomores in the spring of the student’s sophomore year.    Once invited, a student needs to meet essay, fee, and other requirements.    Meeting these, a large group of IB sophomores is normally inducted every year in an NHS ceremony at Robinson in the spring, joining traditional students who have also met GPA and other requirements.

Once inducted, members need to keep in mind the number of NHS “points” needed to stay in “good standing” with the club.   Juniors must earn a minimum of 35 points, earning half of these before the end of first semester.    Seniors must earn a minimum of 50 points to graduate with the NHS Honor Stole, again by earning half of this number before the end of the first semester.

To accomplish this, inducted juniors and seniors must calendar and keep up with point-garnering events that may occur at Robinson or through charitable organizations that have formed a relationship with NHS at the school.

Members receive a calendar of NHS events and a separate sheet specifying the NHS/RHS point system.   Assistant Principal for Administration Niki Lockett says it is helpful to think of this calendar and sheet as the “baseline” of ways the already-inducted NHS student can look ahead and try to earn points.

For example, one point easily can be earned by wearing the NHS t-shirt on club days.   More points can be earned by attending other, specified events like the “Great American Clean Up” or perhaps by contributing to a toy drive or a supply drive for needy people.

But if garnering such points will prove difficult (perhaps a March of Dimes’ event for which 25 points are available conflicts with an immovable team sport or band event), IB juniors and seniors should keep in mind another important route:    It is possible to earn points for service already being completed for CAS provided the student seeking points for such service offers a written proposal to the RHS/NHS general membership prior to the next scheduled meeting, and provided the general membership agrees that points should be allocated.

If the general membership agrees, the maximum number of points that may be offered for each such proposal is 10 points.  The written proposal offered to the general membership can be straightforward:   A simple paragraph or two explaining the “who, what, when, where and why” of the service, and why the points are being requested, can suffice as the proposal.

The question arises as to why the heightened service already required in the IB program does not automatically suffice as NHS service once the student is inducted.    According to Ms. Lockett and Robinson Principal Johnny Bush, the reason stems from the school trying to objectively serve both its traditional students deserving of NHS membership and its IB students, each with different curricula and service expectations.

Not wanting to make membership a subjective exercise, the school devised the calendar and point system so that it could reasonably determine, based on GPA and service, whether a student was objectively fulfilling the national requirements, Mr. Bush said.    With better communication through the parent group of RIBLI, Mr. Bush and Ms. Lockett hope to avoid a problem where busy IB students may get caught off guard with the point system.

At any rate, confusion about NHS among IB families is something the administration hopes to put to rest.   Approaching the school and the NHS leadership in advance with questions is key, Ms. Lockett said, because the school, like the parents, wants to see hard-working, smart IB students walk down the graduation aisle with their NHS Stoles.

For the point system and calendar sheets mentioned in this article, visit your child’s Edsby account and click on National Honor Society.

Note: Republished from the November 2013 eNewsletter and verified with RHS administration in January, 2015.

Donate to RIBLI or Purchase Gear